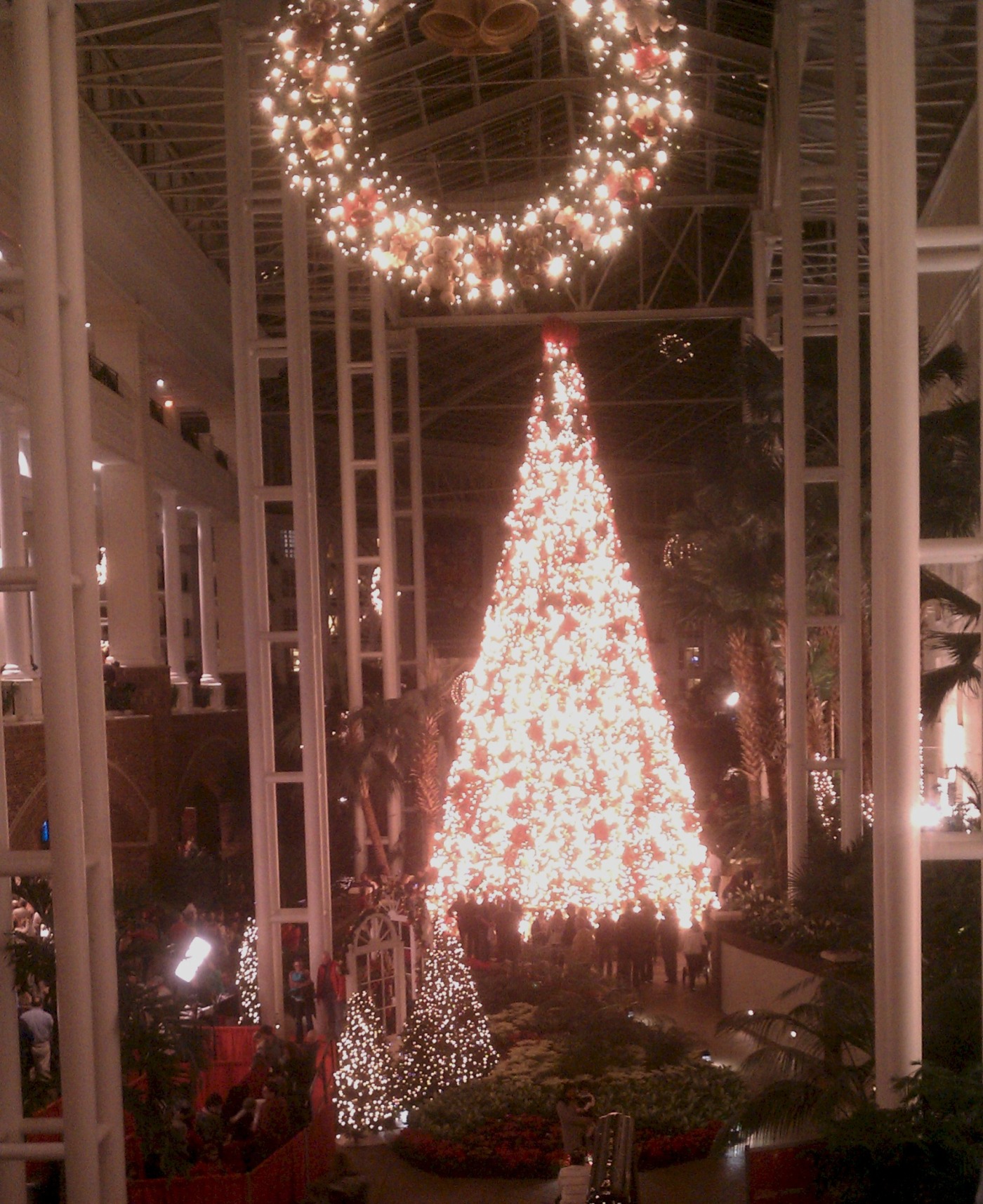 I’ve been wanting to take kiddo to The Opryland Hotel to see the lights this year. She went last year but there’s a big difference between a 2 year old’s enthusiasm over all the Christmas shenanigans and a 3 years old’s. Or so I thought. I was semi-dreading the hassle of parking and mass crowds but we somehow managed to park only a short walk away and were in and out within an hour. That’s some efficient Christmas light viewing people!

I think I mentioned that we’ve been leaving kiddo little gifts from Santa at random times. Tonight we played a bit of a trick on her and she about peed in the bathtub from excitement. Last night Santa came while she was in the bath and left her some trinket under the tree. She said she thought she heard him walking. The Accountant and I decided to step it up a notch and I downloaded a Santa sounds app on my phone. Tonight while hubs was giving kiddo her bath, I placed a Disney necklace under the tree and then tiptoed to just outside the bathroom door where I blasted Santa’s “HO HO HO” a few times. Hubs said kiddo freaked out and her eyes were as wide as saucers and she could not get out of that bathtub fast enough.  I played dumb and let her go on and on to me how she’d heard Santa and look what he’d left her! Big time drama I tell you. And Mom and Dad got a kick out of it too.

This Christmas with a kid stuff is fun!

One thought on “LIGHTS!!! And SNEAKY SANTA!!! Oh the drama…”